At the same time, the Government produced a more detailed costing for the 52-mile route from Crewe to Manchester putting the spending envelope at £15bn-£22bn.

The Bill allows for new high speed stations and junctions to be built at Manchester Piccadilly and Manchester Airport future proofing services along the Western Leg.

Thousands more construction jobs are expected to be created as plans for new homes and commercial development around the new Piccadilly and Airport Stations spring into life. 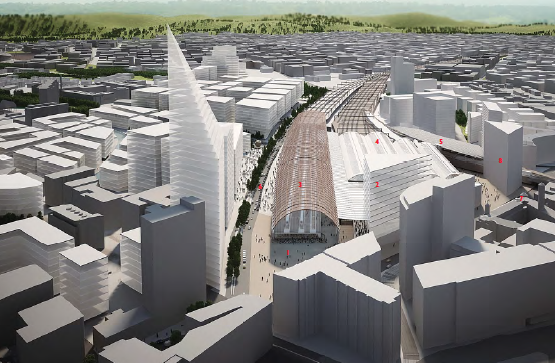 It also facilitates Northern Powerhouse Rail to be built at a later date – which could include lines from Manchester to Liverpool and Leeds.

A new junction near Crewe will both improve future services on the route while giving Crewe the potential to be a Hub station in mid-Cheshire able to accommodate more trains. 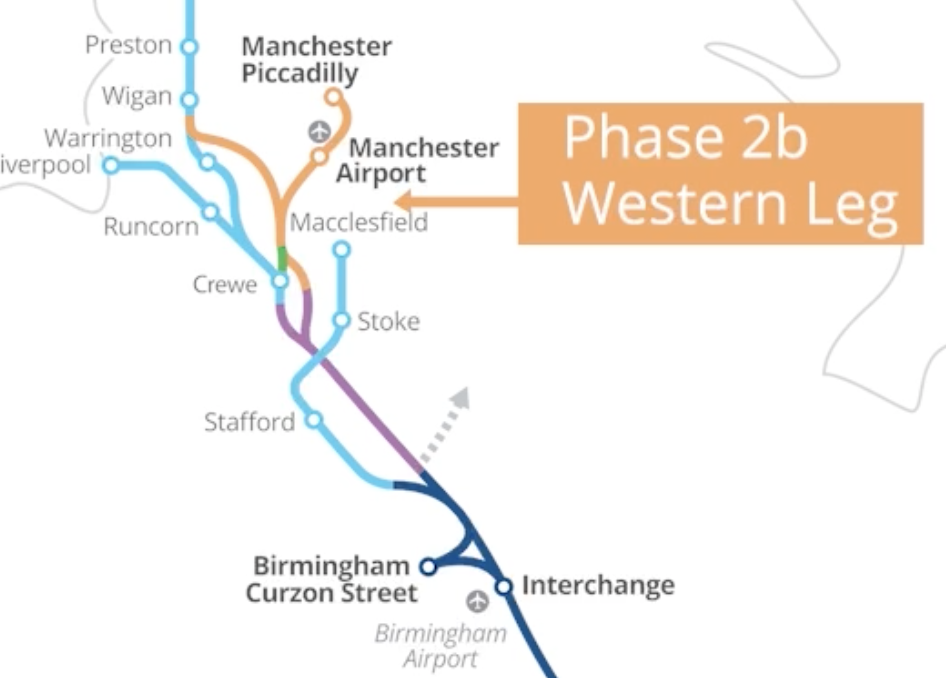 Mark Thurston, CEO at HS2 said: “Construction of the first phase of HS2 is already supporting over 20,000 jobs and spearheading investment and growth in major population centres along the route. This Bill is a vote of confidence in HS2’s ability to help towns and cities in the North realise their economic potential.”

Today’s announcement was coupled with confirmation of the HS2’s Minister’s decision to include plans for a rolling stock depot north of Crewe and a smaller depot and train stabling facilities in Dumfries and Galloway in the scheme proposals.

The High Speed Rail (Crewe to Manchester) Bill forms part of the £96bn Integrated Rail Plan and the first of three new high speed lines pledged by Government at th end of last year when the Eastern leg of HS2 to Leeds was scrapped.

HS2 from Crewe to Manchester
HS2 from the West Midlands to East Midlands Parkway, enabling HS2 trains to join existing lines to serve Nottingham and Derby city centres
A new high-speed line between Warrington, Manchester and Yorkshire, as part of Northern Powerhouse Rail

Electrify and/or upgrade 3 existing main lines including:
the Transpennine Main Line between Manchester, Leeds and York
the Midland Main Line between London St Pancras, the East Midlands, and Sheffield
upgrading and improving line speeds on the East Coast Main Line

Manchester has been named one of UK’s most ‘zen’ places to live… yep, really