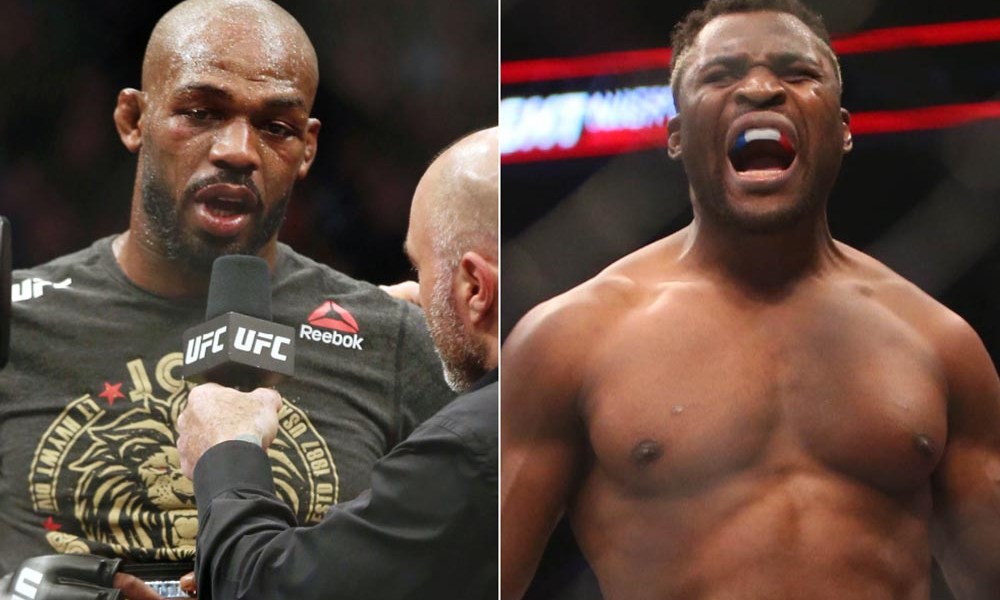 A highly anticipated showdown between UFC heavyweight champion Francis Ngannou and Jon Jones doesn’t appear to be up next, but that doesn’t mean they won’t still have a war of words.

Ngannou (16-3 MMA, 11-2 UFC) and Jones (26-1 MMA, 20-1 UFC) traded barbs on Twitter late this week, which continued on Saturday. It started with Ngannou, who claimed the heavyweight title March 27 with a knockout of Stipe Miocic, tweeting he would “take care of” Jones and then “come after” heavyweight boxing champ Tyson Fury. Ngannou included both men’s handles.

I’ll take care of @JonnyBones first then come after @Tyson_Fury

Ngannou’s tweet seemingly was in response to a video call out from Fury. His inclusion of Jones didn’t get a reaction from the former light heavyweight champ until Thursday, which began with a few innocuous motivational tweets but then made mention of Ngannou.

The trash talk, at least for now, appears to be all for naught. Contract negotiations went nowhere between Jones and the UFC, leading UFC president Dana White to say the promotion would move on with booking a title rematch between Ngannou and Derrick Lewis, who won a lackluster decision in their first encounter in July 2018.

Earlier this week, Jones parted ways with First Round Management, which represented him for 11 years. It’s unclear what Jones’ next move will be, but he still seems focused on gunning for the UFC heavyweight title.

You can check out the war of words between Jones and Ngannou below.

I shouldn’t have to motivate you Jonny…if it’s not in you already you’ve already lost. I know my motivation 🌍 https://t.co/YzPZgimlWR

Pray you knock me out because if you don’t I’m going to break you, and that’s a promise @francis_ngannou

You’re a decision fighter @JonnyBones and you’ve barely won a fight lately.
But you’re going to break me out 😂

Honestly @francis_ngannou I really respect you and your story. I really don’t feel the need to have to crush you in a verbal battle to do what I’ve done to everyone since 2011

Im just telling you now @francis_ngannou if you want to start this Internet talk, be sure to keep up. Most people that talk shit with me go quiet after a while..🏳🏳🏳 Everyone’s going to be the first to smash Jon Jones, very popular theme