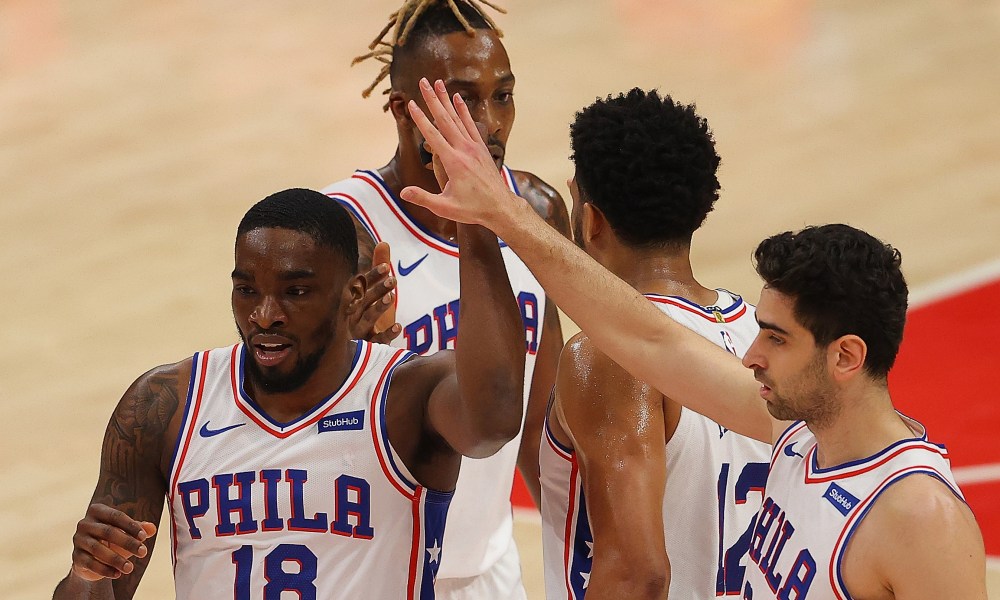 The Philadelphia 76ers are in a tough position at the moment as they continue to move forward in these playoffs. They lost a key piece of their team in the first quarter in their Game 3 win over the Atlanta Hawks in the form of Danny Green.

The veteran suffered a right calf strain in the first quarter and he was taken out after four minutes as he was in clear discomfort. So, as is the case in the playoffs, it was next man up for the Sixers.

Coach Doc Rivers called upon Furkan Korkmaz in the first quarter and he poured in 11 points on his way to a playoff career-high 14 points in 27:25 of playing time off the bench.

“He was huge,” said Joel Embiid. “We got that early lead because of him coming on the court and carting the bench. He was huge and even in the second half, every time they seemed to make a run, he hit a big shot. Whether it was a 3 or whether it was a layup. He was huge for us.”

The starters got off to a bit of a tough start on Friday as they could not find much of an easy basket, but Korkmaz came in and really provided the big spark for them. His efforts in this one were paramount to getting a win.

“He’s great,” added Ben Simmons. “He’s a weapon. He’s had a lot of great moments wearing a Sixers jersey and I love playing with him. Offensively, he’s great. Defensively, he’s stepped up too. He is another guy who’s taking on the challenge of guarding his man.”

As for Korkmaz himself, he continues to be up and down. There are plenty of games where he looks very solid, but then there are other games where he struggles mightily. At this point, he is on a high note and he needs to carry this into Game 4 and throughout the playoffs.

“It feels good,” said Korkmaz. “When you play good, everything looks good, you feel good, you feel confident. Also, the most important thing is, we won the game, and I think I helped the team. That’s why I’m really happy.”

As for the rest of the bench, Matisse Thybulle, Dwight Howard, Shake Milton, and Tyrese Maxey all contributed in the win. It goes to show the versatility that the team possesses at the moment.

“They’ve been great,” said coach Doc Rivers. “Every guy. We put Tyrese in for one second and he makes a play. Every single guy that we’re calling right now is responding for us and that’s been good.”