Tottenham defender Japhet Tanganga is predicting “exciting times” for the club under new boss Nuno Espirito Santo, who will play an attacking brand of football.

The Portuguese was named as Jose Mourinho’s successor earlier this month after a lengthy search which had plenty of twists and turns.

The 47-year-old left Wolves at the end of last season after four successful campaigns and was brought to north London to try and get Spurs back to the top table of English football.

Tanganga, who is recovering from an ankle injury suffered at the end of last term, says judging by the way pre-season training has gone, the side is going to be set up in an attacking way.

“I can tell you for sure that we’re going to be attacking,” he said after attending a CPR lesson hosted by the JE3 Foundation, set-up in memory of former Spurs player Justin Edinburgh, at Riverley Primary School.

“He’s been great. He’s been very interested with how Skippy (Oliver Skipp) and I have been getting on as we’ve been coming back from injury and he’s been cool.

“I think a lot of the players already love him in terms of we’ve been working hard and he’s been giving information to everyone and he’s been very transparent.

“It’s been really good, really positive with him and his staff. It’s been a great start and we’re just looking forward to seeing what the future holds.”

Tanganga only made his professional debut for Spurs in 2019, but Nuno is already the fourth manager he will have played under.

After bursting onto the scene with a man-of-the-match display in his Premier League debut against Liverpool in January 2020, the next 18 months have been more of a challenge.

He suffered a number of injury problems that curtailed his progress, while Mourinho also saw him primarily as a right-back rather than a centre-half.

The 22-year-old wants the 2021/22 campaign to be the one where he makes one position his own and become a regular in Nuno’s team.

“For me, going into my second season, I’d like to cement one position,” he said. “Obviously I’ve grown up playing at centre-back and that’s probably my favourite position, but it’s the same as it was under the old gaffer, if he wanted to play me at right-back I was never going to say no.

“I wasn’t going to complain that I wasn’t playing in my favourite position and I think the same this season. Ideally I’d like to play at centre-back but if the manager wants me to play at right-back, left-back or anywhere I’ll do the job as well.

“I think my ambition would definitely be to have played a part in Spurs winning something this season, playing a large majority of the games.

“I think for me, having that breakthrough season and then the injury and then the next season getting a couple of injuries, I didn’t really get a real run of games.

“My goal this season is just to get as many games as I can and get as fit as I can and try to bring some silverware to Spurs.” 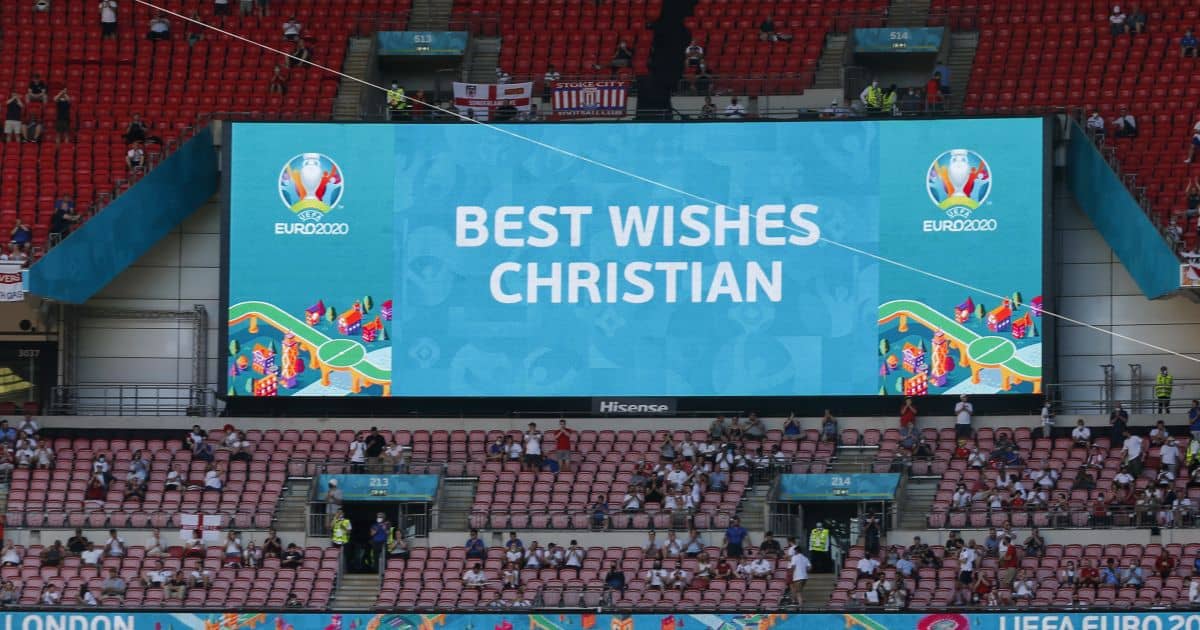 Tanganga had a refresher CPR lesson hosted by the JE3 Foundation, where he was able to learn life-saving skills.

It is a matter that is now even more important to everyone at the club following the cardiac arrest suffered by former Spurs midfielder Christian Eriksen during Euro 2020.

It was that quick treatment on-field by team-mate Simon Kjaer and medical staff that helped keep the Denmark international alive.

Tanganga said of the incident: “It was hard. Then the messages were all going around. It was pretty difficult but the medical staff and his team-mates did a brilliant job to help him and thankfully he was able to wake up and be alright.

“So yeah, it was not a nice feeling, not a nice thing to see but we thank God that he’s alive.

“We’ve kind of just let him get on. Pierre (Hojbjerg) was obviously in the team, so he gave us all a message in the group chat to update us on him so that was a bit calming for all of us.

“So that was cool and it let us know he was alright. A couple of other players messaged him as well and they told us he was all good which was great to hear.”